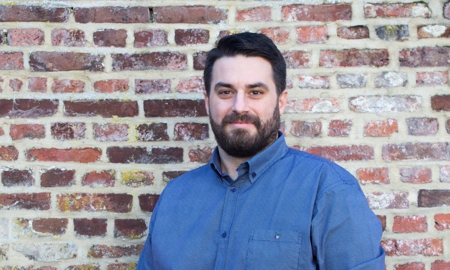 The aim of my industrial PhD program is to propose scientific innovation in the manufacturing of pre-impregnated hybrid thin-ply composites. In order to achieve this goal an extensive investigation of the processing variables of new spreading and impregnation techniques that lead to best performing hybrid prepregs will be conducted. The main challenge of this project is to experimentally evaluate the effects brought by fiber hybridization in thin ply composites and correlate mechanical performance and microstructural profile with different manufacturing routes and hybridization configurations.

Outside of work and studies I enjoy sailing and hiking with friends. I also have a passion for visual arts and especially street photography that allows me to explore the world through my 35mm lens.

Latest publications by this author 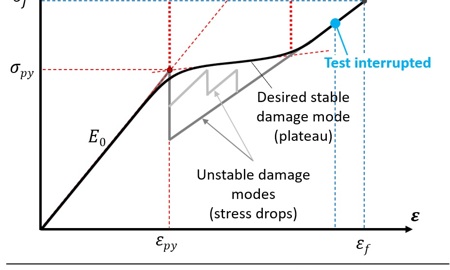 Improvement of the interfacial fracture toughness of the layer interfaces is one way to increase the performance of interlayer hybrid laminates containing standard thickness carbon/epoxy plies and make them fail in a stable, progressive way. The layer interfaces were interleaved with thermoset 913 type epoxy or thermoplastic acrylonitrile–butadienestyrene (ABS) films to introduce beneficial energy absorption mechanisms and promote the fragmentation of the relatively thick carbon layer under tensile loads. Carbon layer fragmentation and dispersed delamination around the carbon layer fractures characterised the damage modes of the epoxy film interleaved hybrid laminates, which showed pseudo-ductility in some cases. In the ABS film interleaved laminates, a unique phase-separated ABS/epoxy inter-locking structure was discovered at the boundary of the two resin systems, which resulted in a strong adhesion between the fibre-reinforced and the thermoplastic layers. As a result, the delamination cracks were contained within the ABS interleaf films. 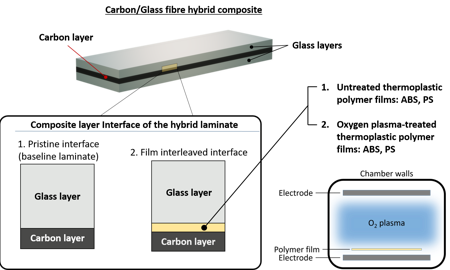 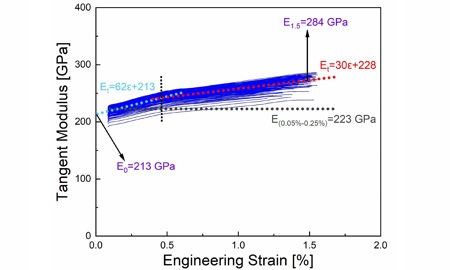 Accurate characterization of fibres is crucial for the understanding the properties and behaviour of fibre-reinforced composite materials. Fibre properties are key parameters for composite design, modelling and analysis. In this study, characterization of mechanical properties of glass and carbon fibres has been performed using a semi-automated single-fibre testing machine. Based on a sample set of 150 glass and carbon fibers fibres, engineering and true stress-strain curves are analyzed. Different modulus determination methods are discussed based on true stress-strain and tangent modulus-strain relationships. For glass fibres, the true stress-strain based tangent modulus is found to be independent of applied strain, whereas for carbon fibres, a tendency of tangent modulus to increase with applied strain is observed. The modulus of glass fibres is found to be independent of fibre diameter, whereas carbon fibres with smaller diameter show higher modulus compared with carbon fibres with larger diameters.